Ryan Scott Patton University of Arkansas. Ryan Patton is a medical student at Emory University School of Medicine. Before medical school, he graduated from the University of Arkansas with a BS in Nursing and spent several years working as an RN in a medical/surgical intensive care unit. Should the trustees seek the support of an independent trustee? A critical question is the value of the debt that the trustees will be able to rely on in the process. Trustees will wish to assert that it is the full buy-out section 75 debt value (which in many cases would give it a controlling vote in its creditor class, and possibly force a. 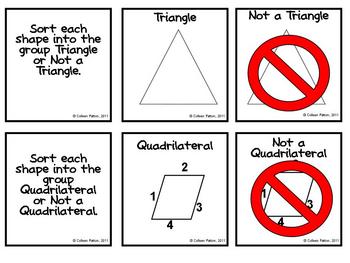 A Little About Me:
I grew up in Edmonton, Alberta, Canada and got my teaching degree at the University of Alberta in Edmonton. After completing my bachelor's degree my wife, Nola, and I moved to Richmond, British Columbia, Canada to teach. I taught in the Richmond School District (High Boyd High School) for five years and then left to do a Masters Degree at the University of Georgia. While in Georgia, I worked under Dr. Jim Wilson, who re-ignited my passon for teaching and technology. Under his tutiledge I gained both a greater understanding of mathematics, teaching and technology. He was the perfect advisor for me - He was involved in so many cool grants and projects!!

After completing my Masters Degree in a year and a half as a full-time student I took a job in Lethbridge, Alberta in the District office as the Mathematics Consultant over the District. I did that for a year realizing that I loved the classroom too much to be behind a desk. I returned to teaching but this time in Las Vegas at Durango High School.

In the summer of 1998, I got ambitious and began designing a website for my high school geometry classes. I put the usual things on the site (the syllabus, the course expectations, the basic instructor information, and a list of our upcoming assignments and tests) but I also wanted to provide my students with more resources. This desire prompted me to summarize the entire textbook so that they would have additional notes to reference while at home or during class if they had printed them out. The support resources continued: I linked to my textbook's online quizzes, I provided a few quicktime videos, and I also made a few java applets for interactive discoveries but the most popular item that was created was the PoW, the Problem of the Week. Each week students would be given an online weekly geometry challenge problem that would push their understanding and ability. The site was a great resource for my classroom. Over the year the resources of the site grew and so did its impact. I found many of my students finding greater success in geometry because of this support mechanism. The site was called e-zgeometry.com. This site still exists but now it holds less relevance because of the implementation of the common core and much of the material created there will be moved over to this site.

It was this huge success that led to a very special award that I received. In 2003, I was named by RadioShack, as one of their National Teachers of the Year. This was a great honor but even more rewarding was that this little site was making such a huge impact on classrooms and students.

In 2003 I moved to Advanced Technologies Academy - A school that was looking for teachers that wanted to use technology in teaching (that was me!!). In 2009 I was recognized by receiving two of the most prestigse awards for secondary teachers, I was named National Educator of the Year by the Milken Foundation and presented with a check for $25,000 and I was named a Presidential Awardee in Mathematics Teacher and presented with $10,000. As a part of the presidential award I was able to meet President Obama in person and shake his hand..... A moment of a life time. In 2010 I was also named Mathematics Department Chair at A-Tech. Life is great... I do what I love!!

Article in the Review Journal - Teacher Masters the Learning Game.

The introduction of the Common Core Curriculum has had me very involved in its implementation in our district and state. I have been a part of the 'unwrapping' committee and the professional development implementation team. This has been good for me - I had to learn the material inside and out. It was this understanding of the new curriculum and my love of technology... and my desire to help other teachers and students succeed in the new curriculum that has spurn me to develop this new site. I hope you enjoy it.